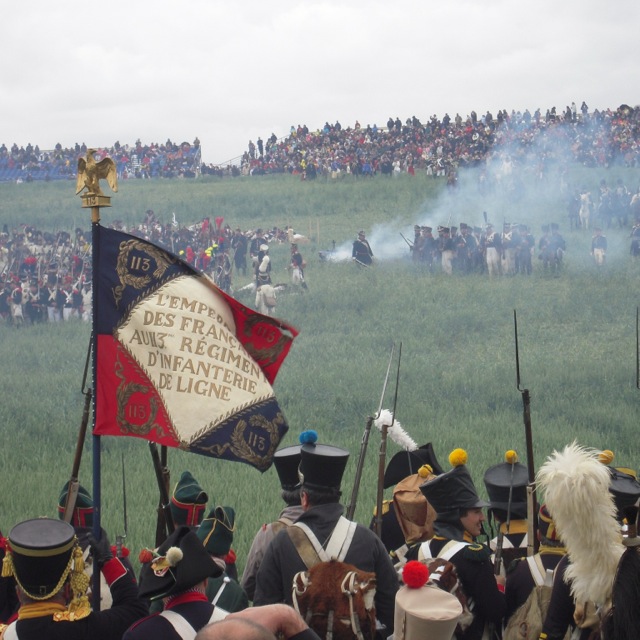 Learning from Engineering Victories and Defeats?

Winning a series of engineering victories and successful marketing skirmishes against competitors can feel good, but what value are they if they don’t prepare you for decisive battles that can lose the trust of clients, investors or your employees?

Napoleon Bonaparte lost the greater portion of his army while attempting to over-extend his stretch of impressive victories. The campaign to extend the empire to Moscow resulted in Napoleon returning to France with only a tenth of his army of 400,000. Napoleon’s eastern European ventures set into motion the creation of a coalition of allied countries set on removing him from power. The coalition’s success resulted in Napoleon being removed as Emperor and sent later in 1812 to the island of Elba.

Napoleon could however not be contained & escaped to France in 1815, also rebuilding an army of 200,000, marching to retake Belgium.

Despite having many competent officers and half of his force with military experience, Napoleon’s army was crushed on June 18, 1815, at Waterloo, outside of Brussels. The loss effectively ended Napoleon’s ambitions, as word spread within France of his defeat.

Ways Napoleon Was Defeated at Waterloo

Gordon Corrigan–a former British Major in his book, “Waterloo: Wellington, Napoleon and the Battle that Saved Europe” examined extensively the battle, reviewing accounts from officers and contemporaneous correspondence written by soldiers at Waterloo. His knowledge of historical military tactics also allowed him to weigh observations shared in memoirs by officers on both sides, as well as better estimate the actual sizes of brigades, divisions, and corps of each side.

Consider what weaknesses your firm may have, that parallel those listed below.

Is your firm’s engineering ‘division’ battle hardened & led by successful leaders? Can your engineers both conceive and consistently release on time new products, gaining market share?

If not, why not schedule a complimentary 45-minute free consult session?  We can together review your specific engineering recruitment needs and better understand what’s holding your firm back from a successful hire. I’m certain I can provide you with two or three ideas that can improve your firm’s performance.

If your needs are time-sensitive, we can source & present you with well-qualified candidates for open engineering positions in thirty days, or less. That’s guaranteed in our Statement of Work.

Perhaps your HR department or recruitment partners don’t offer a guarantee on delivering hirable candidates. If that’s the case, how do you expect to keep pace with your firm’s stated product deliverables, client expectations, and investor milestones? Letting critical positions remain open is far more expensive than payroll and benefits savings, isn’t it?

Some business leaders simply call me at 702.623.0443, or email me directly: minda@informativerecruiting.com

Engineering Victories: Find What’s on the “Other Side of the Hill”

The Duke of Wellington was aware that unknowns could undermine any perceived advantages he might have in a battle. It’s easy though in the fog of battles with competitors for your firm to neglect to consider or properly value the cost of unknowns. Audio recording firms hadn’t expected Apple to upset the music industry with the iPod. The automotive industry hasn’t considered the possible consequences of self-driving cars, resulting in fewer auto purchases. Well-known airlines still can’t get how to respond to their service quality lapses being shared on social media. It’s as if many firms have no clue what’s on the “other side of the hill.”

The hard part is, how do you look for weaknesses that are not readily apparent to you? It’s possible that you and your firm’s leadership are too close to your brand and product to see those weaknesses. It would be worthwhile to expand your sensory perception, as we are seeing devices becoming more information-rich from Internet of Things initiatives.

Try delegating this investigation to your staff, while your firm’s leadership also builds its listing of unknowns. For this exercise, consider assumptions to be synonymous with unknowns.

Step 1.  Document all the underlying assumptions your firm has in its presumed product success in the marketplace across all functional areas of the company.
Step 2.  Identify when each of the assumptions was last assessed, documenting what ‘proof’ exists and how its accuracy has been established.
Step 3.  Estimate and rank what impact the assumptions have on your firm’s health if any are found to be invalid, or highly suspect, requiring more investigation.
Step 4.  Determine how the revised assessment of working assumptions will re-shape your current firm’s strategies.
Step 5.  Amend your firm’s strategies and tactics to fit your new ‘reality’, communicating your findings across the company.

It might be a good idea to create a painful visual for what can happen if you don’t uncover & validate your firm’s operating assumptions. Share this with your team members performing the investigation.

Our experience interacting with small firms is that their future has the greatest exposure to mistaken assumptions. That’s why over fifty percent of new businesses fail in the first five years of their life, according to Statistic Brain. We’ve spoken more times than we’d like with CEO’s & founders that failed to hire key employees to address major product or funding issues. Months or a year later, we find their firms were approaching insolvency. Only then would they (too late!) look for highly knowledgeable candidates for positions that could not be funded, except with stock.

Larger firms can also be exposed as well. The average life of a Fortune 500 firm is now fifteen years … and declining.

Size doesn’t ensure longevity. You will need leaders and followers that can demonstrate:

Do you have the team members to consistently make this happen? Imagine the battles you will soon encounter. If you and your team aren’t committed to winning, your firm will be just another statistic in the regular, ongoing market carnage. There’s no need to sugar coat defeat that’s been decisive.

Marshal Ney with little intelligence gathering committed an attack on Allied forces that decimated the greater part of the French cavalry in the Battle of Waterloo. Napoleon meanwhile remained detached from active, productive interchanges with his commanders. You are far too good a leader to mimic such high-risk approaches, unsupported with active staff communication and adequate intelligence gathering.

We believe you prefer the approach used by the Duke of Wellington and articulated in modern terms by John Glenn.
“One of the first things I learned in the Marine Corps is that any mission has to be defined as precisely as you can possibly define it, and then you size the force and equipment force to accomplish that mission without fail.”
John Glenn, Aviator & Officer, U.S. Marines
Awarded 6 Distinguished Flying Crosses
WWII & Korean War Veteran, USAF Test Pilot, Project Mercury & Space Shuttle Astronaut

It’s time for you to return to your battles….
Your Partner in (without fail) Technical Retained Searches

Starting in June, we cover themes that we feel can inspire, and encourage you to step out of your comfort zone. Many of our blogs may segue into recruiting issues, processes and recommended action. Others will cover business strategies in general and team building.

Thanks to a trip to the Thomas Edison Museum in Fort Myers Florida earlier this year, we were reminded of the incredible value of active idea sharing. Edison, Firestone, and Ford shared campfires & ideas together. We all should too.

Week 1 — We cover military history. There are numerous parallels to operating a business, beating adversaries that may have more resources available, but have chinks in their armor. We go after those chinks.
Week 2 – We profile inventors who have profoundly and positively changed our lives, typically breaking business paradigms. Look for takeaways on how these individuals don’t fit the typical HR job requirements mold. How do you make ensure your firm doesn’t turn away exceptionally talented individuals?
Week 3 — We shift into sports that are relevant to what’s going on today. We at times find Giants that are not readily recognized or appreciated. We share with you these game changers.
Week 4 — We offer engineering & science inspiration outside the confines of your ‘normal’ work. It’s not far away & can be fun.
Week 5 — We keep your summer reading cool, looking back on refreshing, latent observations, examining connections that cross business, engineering, the sciences and the arts. Take the plunge! 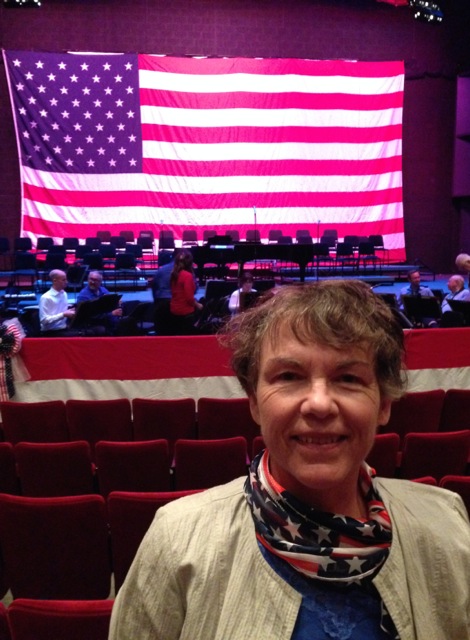 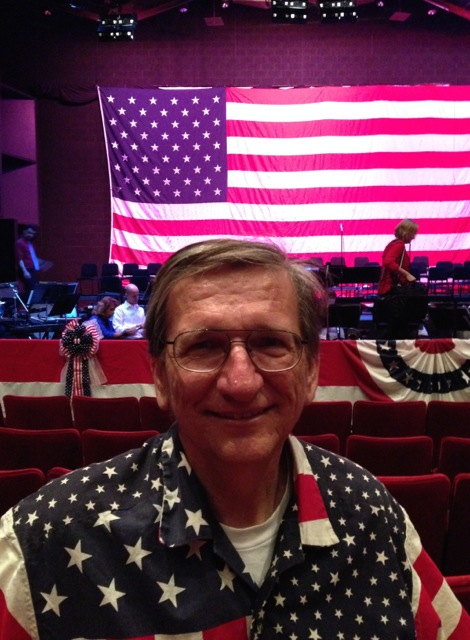 Minda and I attended in May a terrific Memorial Day performance at UNLV. This included audience participation, popping paper bag ‘cannons’ during the 1812 Overture. We hope you also celebrated and honored the many men and women that helped preserve the liberties we hold so dear, in the United States Armed Services.

Thank you and your families–both past and present for their service!